Tight Fist Tip #3: Prepartying and Drinking on The Cheap 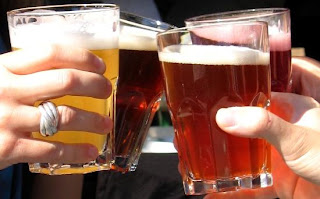 One of the greatest drain on the finances comes from a night on the town. Not only are bars usually hellishly expensive to begin with, but when you take into account buying drinks for the opposite sex, reciprocating unwanted rounds and inebriated decision making, things can spin out of control quickly. While the easiest way to beat these problems is to just avoid going out entirely, that is not exactly realistic. Fortunately, the Tight Fist has some time-honored tactics to get you nice and drunk without going broke.

Let's start with the basics. Has anyone ever told you not to drink on an empty stomach? THAT PERSON WAS A LYING IDIOT WHO WANTS YOU TO DIE POOR. In fact, you should only drink on an empty stomach. The logic is very clear: you want to get a bit tipsy, eating food means it takes more alcohol to get tipsy, so eating simply costs you money. So next time you are thinking of getting a bite to eat before hitting the bars, just realize that you are flushing money down the toilet. Plus since booze has plenty of calories, skipping dinner prevents you from getting even fatter.

And what if you don't actually want to feel the effects of alcohol, and want to have a nice, sober night of drinking? WELL THEN DRINK WATER YOU MORON, and stop pissing your money away.

And for the really hard-core Tight-Fisters out there? Try donating blood before a night on the town! Besides being a good public citizen, you will also get wasted for super-cheap!

Next, let me introduce you to two more tricks that both rely on a well-known fact: buying booze at supermarkets is way cheaper than buying them when out, but fortunately it does the job just as well.

First of all, don't even consider hitting the bars sober- ever. Instead, make sure you pre-party heavily. Then you can go out, nurse one beer the whole night, and barely dent your wallet. And if there's not time for proper pre-partying, you can always improvise: get a bottle at a local liquor store and hit that baby in the parking lot.

Next, let me introduce you to your new best money-saving friend, the flask. 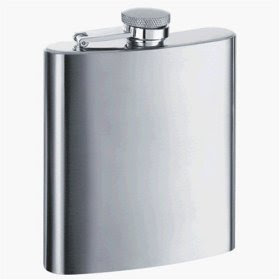 Put It Down Your Pants
Yes, if you fill up a flask with your liquor of choice, it will be your best friend all evening, keeping you going for free while your buddies blow all their cash. If you want to be really sophisticated, you can buy a coke at the bar and then covertly mix it with the contents of your flask. (Note that this strategy is especially useful at baseball games. Never buy a seven-dollar beer again!) And if you're worried about getting caught with the flask going into a club or sporting event, just stick it down your pants!

And finally, a little note for the guys out there. Under no circumstances should you ever buy a drink for a girl you don't know in an attempt to get in their pants. The strategy is foolish, money-wasting, and unlikely to succeed. And even worse, it just rewards devilishly deviant gold-digging behavior. Solidarity, Tight Fisters!

Happy Boozing!
Posted by The Tight Fist at 11:55

Email ThisBlogThis!Share to TwitterShare to FacebookShare to Pinterest
Labels: drinking, flask, going out, sneaking in, Tip