Tight Fist Tip #11: Don't Shop at Stores That Sell Only One Kind of Thing 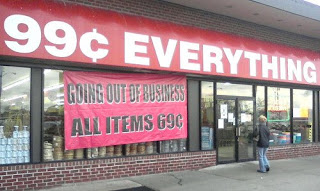 Double Score!
Let's imagine that you stink and therefore need some soap. But where to buy such an item? First reaction: Oh, I remember there is this soap store at the mall- I'll bet I could get my soap there! Yes you could, as long as you are cool with trading a day's salary for something that any sane human being should mistake for an appetizer. ("I'll start with the avocado-cocoa-honey creme bar.")


But no Tight Fisters, that would be falling for a terrible con, as it is almost always a terrible idea to buy things at shops that only sell one type of thing. In fact, the more different types of things that a store sells, the cheaper is probably is. For instance, let's continue with the soap example. Maybe further down in the mall there is a 'Bed, Bath, and Beyond'. That sounds promising, as 'Beyond' seems to indicate a wide variety of goods, but upon further thought you should realize that this just serves as an excuse to pack a store with items that are so ridiculously useless that they are 'Beyond' categorization. (Oooh, wooden birds for only $200!) You then might consider a drug store, which in the US is a pretty good idea as they have a pretty wide range. But the real Tight Fister will skip all of these options and head for the ultimate smorgasbord: The 99 Cent Store. Yes, these glorious shops have just about everything under the sun, and are a Tight Fister's best friend.

Note that there are some exceptions to this rule, the first and foremost among them being the irrational continued existence of department stores. While department stores offer pretty much the same crap as say, Target or Wal-Mart, they for some reason think they can get away with charging shockingly terrible prices. The only excuse to enter such places is to grab a free sample of perfume/cologne before a hot date.

But why is the one store in the world that promises to 'sell everything' so expensive? The reason is that Harrod's is not really a store. You should think of it as a special safari where you can watch a much richer but far less intelligent human-like species grazing in their natural habitat. And entry is free! Now there's a deal. 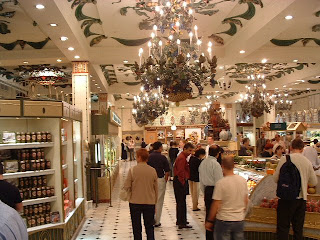 Homo-CreditCardicus in Their Natural Habitat