Ask The Tight Fist: Is It Cool to Mooch? And Frugal Generosity 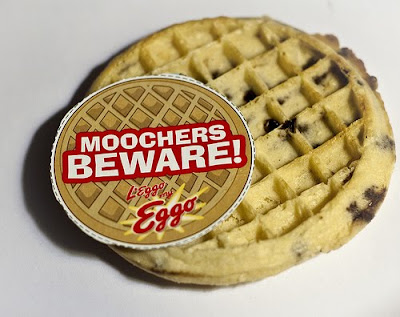 Is it inherent that a Tight Fist must be a mooch on friends, family and society? Is there a fine line that distinguishes the Tight Fister from the general mooch? Examples appreciated.

Despite your friendly-sounding name, your question is so insulting that I'm almost forced to believe that you are one of 'them'. But in any case, I will ignore the bad taste in my mouth and attempt to answer you.

As the average Western shopper is so incredibly consumed by their own materialism, it is only a matter of time before they feel the need to morally justify their meaningless, vapid lifestyles. Surely it must be the will of God for me to spend my hard earned money on my 23rd sweater. (God loves sweaters!) And it must be our patriotic duty to stimulate our economy by purchasing thirty-six cents worth of plastic molded into $300 designer sunglasses. Because those who don't, they are...um...uh..moochers!!!

Wait, what? If you're thinking that above logic doesn't make any sense, you're right! But it illustrates how insecure, unapologetic spenders attempt to claim moral superiority over the 'stingy', 'cheap', or 'misterly'. And one way that they can really push this argument into ridiculous territory is to equate Tight Fistedness with mooching. Mooching, of course, is when you take advantage of generosity of your friends by say, accepting free dinners, rides, etc. without ever reciprocating. And let's me clear: MOOCHING MAKES YOU A COMPLETE JACKASS! But the truth is, mooching is completely orthogonal to Tight Fisting (for you non-mathematically inclined, that means the two are unrelated). Mooching makes you a total jerk, and a moocher is likely to lose all his friends, get dumped by his girlfriend, and resort to fat, ugly prostitutes for sex. (Note, if you are a hot chick you cam probably get away with being a moocher with no consequences for a while. But remember, your looks will fade and no one will shed a tear when you get dropped for a trophy wife once you hit 39 and a half.)

In fact, if you had been paying any attention, you would know that I've addressed a number of potential mooching situations before, and have never, ever suggested taking advantage. For instance, let's consider that you're out on the town, and you hear one of your buddies say the dreaded words "I'll get this round." Well, a dirty sniveling mooch would just smile and accept, ducking out of the bar before it was his turn to buy. Said mooch will slowly get asked out less and less until he has to spend every Saturday night at home playing solitaire, eating Haagen Daaz, and masturbating. But a Tight Fist, since he has already prepartied plenty, will know that he only needs a drink or two, and will loudly insist on not joining the round. There's a similar story to tell about group dinners. Money saved, friends kept, everyone wins.

Since it's Christmas, let's address the mooching question that's pressing on everyone's minds. In my previous few posts (here, here, and here), I have carefully instructed that a good Tight Fist does not participate in gift giving for Christmas. But if you get gifts and don't recpirocate, doesn't that make you a mooch? It sure does, which is why you need to make it very clear to everyone that you don't want a gift and aren't going to get them anything. That way they know what they're getting into, and if they still insist on giving it's their own stupid fault.

And finally, a new scenario: let's say a dutiful Tight Fister is going to the store to get a beer, and finds that an entire case of said beer is super-ultra reduced: 30 cans for ten dollars! Well my friends, as a loyal Tight Fister is would be your sworn duty to buy that entire case of bargain beer, call all your friends, and tackle the case as a team. Because just as a Tight Fister refuses to let their friends sucker them into terrible money-wasting scenarios, he equally desires to share his dividend when struck with a bout of frugal luck. That my friends, is true Tight Fist generosity!
Posted by The Tight Fist at 18:00